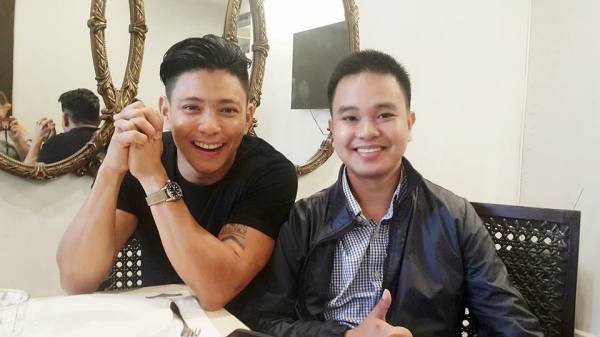 As a mixed martial arts fan, I was happy to learn that TV host Drew Arellano was into sports. He is a triathlete who owns an online store called Vamos, which sells sports attire and paraphernalia.

Along with his friends, Arellano opened Tri Temple, a gym and sports store in Makati City that caters to triathlete needs. Since he is a sporty person, I assumed that he was also interested in MMA.

On Aug. 1, I had a sit-down interview with Arellano at the Limbaga 77 Cafe Restaurant in Quezon City, Metro Manila. My plan was just to have a spontaneous chat with him about MMA, but he revealed that he was not really into the combative sport or any type of martial arts.

Nevertheless, I went ahead and asked Arellano about his thoughts on the controversial MMA bout between actors Baron Geisler and Kiko Matos under the Universal Reality Combat Championship (URCC) in 2016. He was not familiar with it but there was one thing we agreed on, that sports is entertainment.

Since we cannot chat about MMA, I had to change the topic impromptu. The first thing that came to my mind was my home city, Baguio, which was one of the cities featured in his travel show called “Biyahe Ni Drew.”

I simply asked Arellano about his favorite memory in Baguio City. He said he has many great memories there and jokingly said he remembered the days when Iya Villania was still courting him.

Arellano and Villania co-starred in the GMA series “Click” from 2002 to 2004, which was more than a decade before they got married. There was one time when they were in Baguio City to tape the show, particularly in Café by the Ruins, which closed on July 20.

There was a specific denim-like jacket Arellano gave to Villania during that day in that place that they could not forget for some reason. He also specifically remembered the sweet potato bread that he ate there.

Aside from being a sports buff, Arellano is also a foodie. He and his wife have been co-hosting the GMA cooking show “Home Foodie” since 2016.

Villania gave birth to their first and only son named Antonio Primo Arellano on Aug. 30, 2016. Watch my short interview with Arellano here: