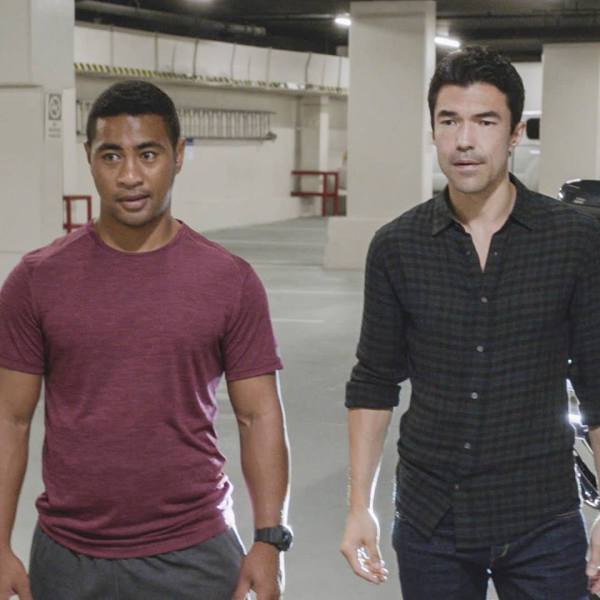 Born and raised in Otahuhu, South Auckland, Auckland, New Zealand, Beulah Koale is one of the most popular Hollywood actors of Samoan descent today. He recently played Solo in “Thank You for Your Service” and he is one of the new cast members of “Hawaii Five-0” Season 8.

On Nov. 10, Koale and his “Hawaii Five-0” co-stars Alex O’Loughlin, Taylor Wily and Meaghan Rath walked the red carpet at Queen’s Beach in Waikiki, Hawaii, for the eighth annual Sunset on the Beach screening of the CBS series. Along with the crew members, the actors took photos on the red carpet and greeted fans.

“I’m out here representing not just myself and my family, but Polynesian people out there in the world,” Hawaii News Now quoted Koale as saying during the event. “I just want you guys to know that it’s possible and change is happening and we’re going to take over this place.”

Prior to the event, Koale told Los Angeles Times that he wanted to be “the Polynesian version of Denzel Washington or Tom Hanks.” The “Hawaii Five-0” actor told the publication that the biggest goal for his career “is that when people think of Beulah Koale, they think of a guy who can carry a film.”

On episode 4 “Kau pahi, ko’u kua. Kau pu, ko’u po’o” (Your Knife, My Back. My Gun, Your Head), Junior proved efficient at the shooting field at the Houston Police Academy. McGarrett found Junior at a building set up for homeless people and decided that he could live with him while finishing at the academy.

On episode 7 “Kau Ka ‘Onohi Ali’i I Luna” (The Royal Eyes Rest Above), which aired on Nov. 17, McGarrett, Junior and Adam (Ian Anthony Dale) dealt with a bank robbery in progress but unsuccessfully pursued the suspects. Written by Liz Alper and Ally Seibert and directed by Ron Underwood, episode 8 will air on CBS on Dec. 1.

On the big screen, Koale made his debut in a Hollywood film in the biographical war drama film “Thank You for Your Service.” He played an American Samoan soldier named Tausolo Aieti.