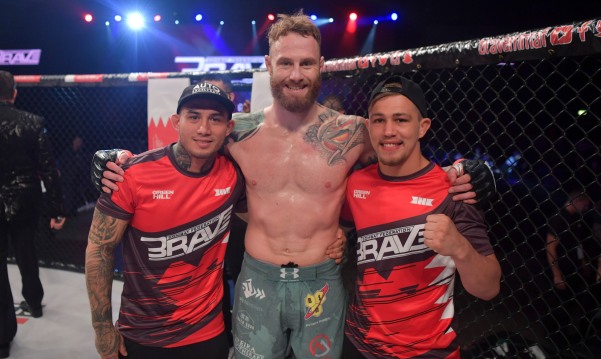 Trained by Richard Quan at the Fight Fit Militia, Buys won multiple titles for wrestling including the African Wrestling Title, 12th Place at Wrestling World Championship and MMA Fight Stars Bantamweight Championship. The South African MMA fighter became the champion at EFC after submitting Baldwin Mdlalose in the first round at “EFC 54.”

Buys went on to successfully defend his championship in South Africa after trying out in the Tuesday Night Contender Series in the United States. The championship was defended against Philippe Rouch from France.

After having an undefeated amateur career with 6 straight victories, Buys made a professional MMA record of 5 wins and 2 losses. He is recognized for his wrestling and submission game.

In the recent event hosted by Brave CF in Belfast, Northern Ireland titled “Brave 13: Europe Evolution,” Buys accompanied his fellow South African fighter Chad Hanekom as the cornerman. The latter won the bout in the first round via submission and gained performance bonus for his fight.

It was then that Buys expressed his interest to compete in the MMA promotion founded by His Highness Sheikh Khalid bin Hamad Al Khalifa from the Kingdom of Bahrain, which will also be venue for the International Mixed Martial Arts Federation (IMMAF) World Championships for the second time. Buys is expected challenge reigning Brave CF Bantamweight Champion Stephen “The Sniper” Loman of the Philippines in the near future.

Aside from Buys and Hanekom, the other fighters currently signed with Brave CF who are of South African descent are Jeremy Smith and Frans Mlambo. Meanwhile, here is a clip featuring Buys: