Roman Alvarez vs Daichi Takenaka at ‘ONE: Beyond the Horizon’ in Shanghai, China 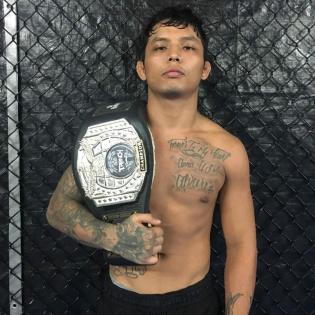 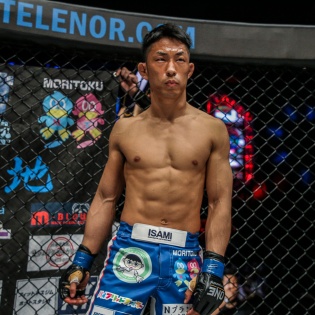 06 August 2018 – Shanghai, China: The largest global sports media property in Asian history, ONE Championship™ (ONE), has just announced the complete card for “ONE: Beyond the Horizon,” which is set for September 8, 2018 at the Baoshan Arena in Shanghai, China. It will feature 10 bouts including a match between Roman “Boom” Alvarez, 23, of Guam and Daichi Takenaka, 28, of Osaka, Japan.

At “ONE: Beyond the Horizon,” Alvarez and Takenaka will compete in the bantamweight division. It will be the sixth bout of the evening.

Born and raised in Guam, Alvarez currently still lives in his childhood home. He is a former Trench Warz Featherweight Champion and he has put together an excellent professional mixed martial arts record of 8 wins and 2 losses competing in Guam, Saipan, and the Philippines.

Alvarez has won titles in both the cage and the grappling arena. Training at Spike 22 under celebrated veteran coach Melchor Manibusan, the Guamanian fighter sharpens his skills every day alongside some of the top MMA fighters in North America.

On the other hand, Takenaka is a former Shooto Pacific Rim Featherweight Champion. The Osaka native was always athletic as a child.

Takenaka played soccer and ran track in his youth, and began training in Brazilian jiu-jitsu after discovering it by playing video games. He is a grappling specialist who excels in executing the rear-naked choke, a move he has used to dispatch four of his opponents in his career.

“ONE: Beyond the Horizon” marks the second time Alvarez and Takenaka are competing in ONE Championship. The Guamanian fighter is coming out of a loss while his Japanese opponent is an undefeated fighter.

Tagged as: China, Daichi Takenaka, ONE Championship, ONE: Beyond the Horizon, Roman Alvarez, Shanghai