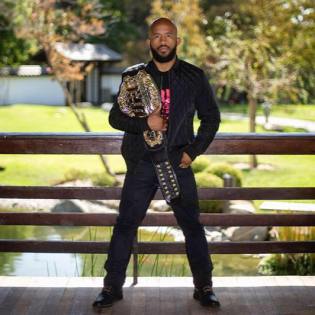 The first ONE Championship opponent of former UFC Flyweight Champion Demetrious “Mighty Mouse” Johnson, 32, of Kirkland, Washington, United States may be reigning ONE Flyweight World Champion Geje “Gravity” Eustaquio, 29, of Baguio City, Philippines. The former said he is ready to face the latter, who is one of the three reigning ONE Championship champions representing Team Lakay.

“I know Geje and Moraes are beasts and I’m looking forward to getting into the cage with them,” Johnson said during a worldwide conference call on October 29, 2018. “At the end of the day, I feel that I am very young in my career and I wanted to try something different.”

Eustaquio improved his professional MMA record to 11 wins and 6 losses after beating Moraes in their rematch. On the other hand, the loss downgraded the record of the Brazilian fighter to 17 wins and 3 losses.

Currently, Johnson has 27 wins, 3 losses and 1 draw. He is coming out of a loss to Henry “The Messenger” Cejudo, 31, of Phoenix, Arizona, United States, who is now the reigning UFC Flyweight Champion.

Johnson reigned as the UFC Flyweight Champion from September 22, 2012 to August 4, 2018. Before being dethroned by Cejudo, the Kirkland native successfully defended the title 11 times, making him the champion with the most title defenses in the history of the UFC.

ONE Championship has yet to make an official announcement about Johnson’s first bout in the promotion. Meanwhile, here is an interview with Eustaquio months before he became a champion:

3 things you can expect from mental health clinics

How the internet changed the fundamental nature of dating

A travel guide to safely exploring Washington DC on a budget