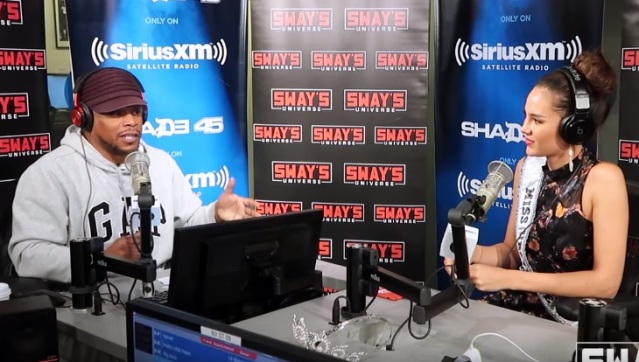 Miss Universe 2018 Catriona Gray was recently interviewed by Sway Calloway on the radio show “Sway in the Morning” as part of the Filipino-Australian beauty queen’s media tour in New York, United States. During the interview, she was asked about the controversy involving Sarah Rose Summers, H’Hen Nie and Nat Rern a month ago.

Summers, Nie and Rern represented the U.S.A., Vietnam and Cambodia, respectively, in Miss Universe 2018. Days before the coronation ceremony at the Impact Arena in Bangkok, Thailand, the American candidate was widely criticized for seemingly making fun of the Vietnamese and Cambodian candidates’ lack of English ability in an Instagram video.

“Imagine if you’re in a high-pressure environment of a pageant and the translators don’t come in until the last week,” Gray explained. “So there’s that extra pressure on them, they really are out of their comfort zone and the fact that they are there and thriving in that environment, I think that’s what Sarah was commenting on and admiring.”

Currently, Gray is in New York where she will reside during her reign as Miss Universe 2018. She shares an apartment with Summers, who is fulfilling her duties as Miss USA 2018.

Watch Gray’s radio guesting on “Sway in the Morning” here: