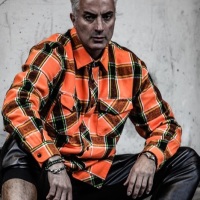 Fans of former ONE Bantamweight World Champion Kevin “The Silencer” Belingon, 31, of the Philippines are still irate. New champ Bibiano “The Flash” Fernandes, 40, of Brazil recently claimed that he suffered temporary memory loss after the back of his head received illegal elbows from his Filipino rival at “ONE: A New Era” at the Ryogoku Kokugikan in Tokyo, Japan on March 31, 2019.

“ONE: A New Era” had three co-main events, the first of which was the trilogy fight between Belingon and Fernandes. After the controversial fight, the two flew from Japan to Thailand with their fellow ONE Championship athletes for the ONE Elite Retreat.

Fernandes claimed that he had a bad headache after his “ONE: A New Era” fight against Belingon. Right after the bout, he shared a video showing that he was hit at the back of his head by his Filipino opponent eight times, not only twice as announced on TV.

But in a recent interview while at ONE Elite Retreat, Fernandes claimed he was hit nine times. He told MMA Fighting, “I’ll spend a few days here in Thailand because I have to but then I’ll go back to Canada and sit down with my doctor.”

“That guy hit me with nine elbows, man,” Fernandes said referring to Belingon. “The TV only showed two but he landed several strikes. I was dizzy, I didn’t know what to do. I think my coaches made the right call.”

For Fernandes, he was dominating Belingon on the ground at “ONE: A New Era.” The new ONE Bantamweight World Champion accused the Filipino fighter who is training out of Team Lakay in Baguio City, Philippines of getting desperate during their fight.

On the other hand, while many fight fans are accusing Fernandes of faking the severity of the injury he suffered at “ONE: A New Era,” Belingon never badmouthed his Brazilian rival. Instead, the Team Lakay fighter seems to be having a lot of fun with his fellow ONE Championship fighters in Thailand.