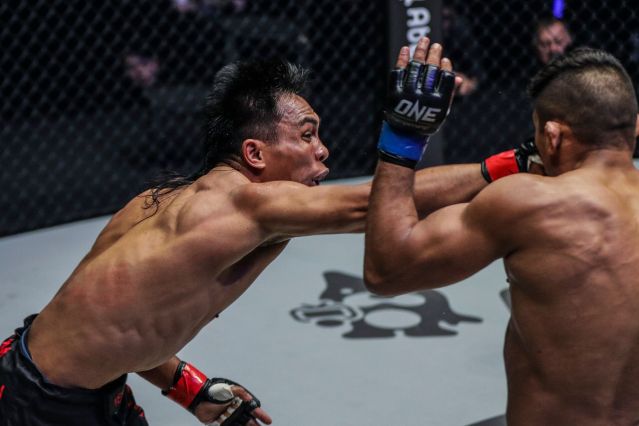 Reigning ONE Bantamweight World Champion Bibiano “The Flash” Fernandes, 40, of Brazil is accused of being too dramatic about his most recent bout against his rival Kevin “The Silencer” Belingon, 31, of the Philippines at “ONE: A New Era” at the Ryogoku Kokugikan in Tokyo, Japan on March 31, 2019. But the Brazilian mixed martial arts veteran says he is not into drama.

“Kevin is a good person but the way he can beat me, he was trying to find that way,” Fernandes continued. “I’m a better athlete. I’m a better mixed martial artist.”

“I have many options,” the reigning ONE Bantamweight World Champion added. “I can knock out people. I can finish people.”

Fernandes accused Belingon of having no options left during their bout at “ONE: A New Era.” The Filipino fighter could not escape so he chose to attack with illegal elbows, the Brazilian champ claimed.

ONE Championship chairman and CEO Chatri Sityodtong has already addressed the issue. He announced that there will be an automatic rematch between Fernandes and Belingon.

But Fernandes is reluctant to face Belingon again. The Brazilian fighter said he would have to think about facing his Filipino rival inside the ONE Championship cage for the fourth time.

Losing via disqualification due to illegal elbows at “ONE: A New Era” downgraded Belingon’s professional MMA record to 20 wins and 6 losses. On the other hand, Fernandes now has 23 wins and 4 losses.

Belingon is the only fighter to defeat Fernandes in ONE Championship. Their first encounter happened on January 23, 2016 at the Changsa Stadium in Changsa, China where the Brazilian fighter submitted his Filipino opponent via kimura in the first round.

The first rematch took place at “ONE: Heart of the Lion” on November 9, 2018 at the Singapore Indoor Stadium in Kallang, Singapore. Belingon won via split decision.