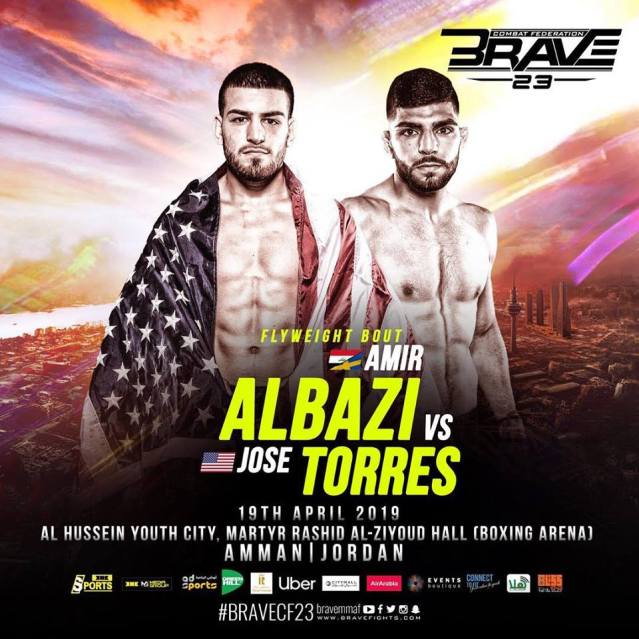 Fighting out of Chicago, Illinois, United States, Jose “Shorty” Torres, 26, was one of the winners at “Brave 23: Pride and Honor.” It was his first win and first bout in Bahrain-based mixed martial arts promotion Brave Combat Federation.

In the seventh bout of the evening, Torres faced his fellow Brave CF debutante Amir “The Prince” Albazi, 25, Iraq and Sweden. They competed in the flyweight division.

After three five-minute rounds, the flyweight contest was left in the hands of the judges. In the end, the referee raised the hand of Torres, who was declared the winner via unanimous decision.

All of the judges scored the bout 29-28 in favor of Torres. It made him the first fighter to defeat Albazi in a professional MMA bout.

In 2016, Torres made his successful professional MMA debut. In the same year, he earned two more wins.

Albazi made his successful professional MMA debut in 2009 and in the same year, he earned his second professional MMA win. Born in Baghdad, Iraq, he relocated with his family to Sweden because of war.