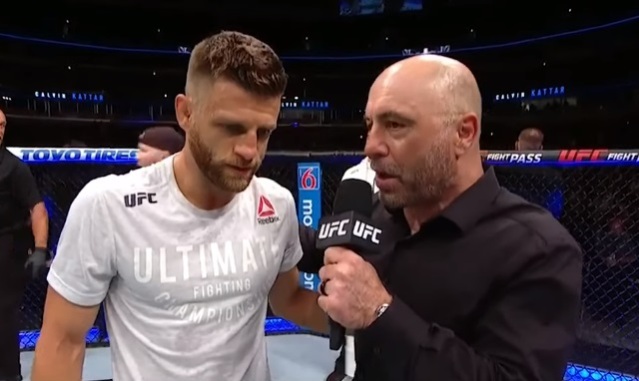 Fighting out of Methuen, Massachusetts, United States, Calvin “The Boston Finisher” Kattar, 31, was one of the winners at “UFC 238.” It was his fourth victory in the Ultimate Fighting Championship.

Featuring 13 mixed martial arts matches, “UFC 238” took place at the United Center in Chicago, Illinois, United States on June 8, 2019. In the fifth bout of the evening, Kattar competed in the featherweight division against Ricardo “The Bully” Lamas, 37, of Chicago with Dan Miragliotta as the referee.

Early in the first round, Kattar and Lamas gauged distance and it was the former who found it first. With a left-right combination, the Massachusetts native put the Chicago native down.

Miragliotta put a stop to the featherweight contest after 4 minutes and 6 seconds. Kattar knocked out Lamas via punches.

Winning at “UFC 238” improved the professional MMA record of Kattar to 20 wins and 3 losses. On the other hand, Lamas now has 19 wins and 8 losses.

Including the U.S., 11 countries were represented at “UFC 238.” The other countries were Australia, Brazil, Bulgaria, China, England, Mexico, Peru, Poland, Russia and Scotland.

Born in Methuen on March 26, 1988, Kattar went to Methuen High School where he was an outstanding wrestler. He earned his associates degree at Middlesex Community College in Massachusetts.

As an MMA fighter, Kattar has been competing professionally since 2007. He joined the UFC in 2017.

Meanwhile, watch the post-fight interview of Joe Rogan with Kattar in the UFC octagon at “UFC 238” here: