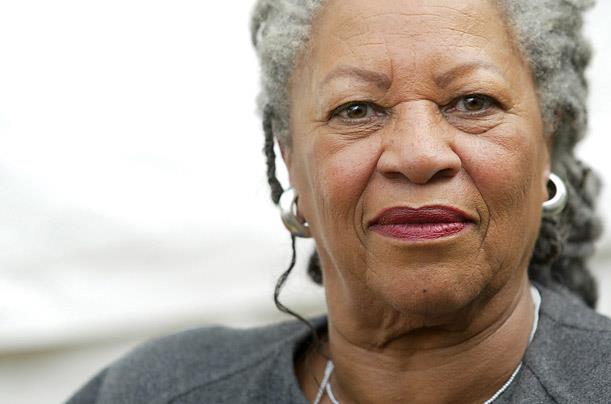 Novelist, essayist, editor and teacher Toni Morrison died at the Montefiore Medical Center in The Bronx, New York City, New York, United States on the night of August 5, 2019. She was 88.

Morrison’s death was announced by her publisher Alfred A. Knopf. The cause was complications of pneumonia, the New York Times quoted a spokeswoman as saying.

We are profoundly sad to report that Toni Morrison has died at the age of eighty-eight.

Morrison was born in Lorain, Ohio, USA on February 18, 1931. Her novels focus on black women but she did not identify them as feminist.

In 1987, Morrison released a novel titled “Beloved,” which won the Pulitzer Prize and the American Book Award in 1988. Starring Oprah Winfrey opposite Danny Glover, the film adaptation of the same name was released in 1998.

In 1993, Morrison was awarded the Nobel Prize in Literature. In 1996, she was selected by the National Endowment for the Humanities for the Jefferson Lecture and was honored with the National Book Foundation’s Medal of Distinguished Contribution to American Letters.

In 2012, U.S. president Barack Obama awarded the Presidential Medal of Freedom to Morrison. The National Memorial for Peace and Justice includes her writing.

Several politicians, actors, journalists, businessmen and authors took to Twitter to honor Morrison, who was also a professor emeritus at Princeton University in Princeton, New Jersey, USA. Here are some of the tweets:

Toni Morrison was a national treasure, as good a storyteller, as captivating, in person as she was on the page. Her writing was a beautiful, meaningful challenge to our conscience and our moral imagination. What a gift to breathe the same air as her, if only for a while. pic.twitter.com/JG7Jgu4p9t

“If you look at the world as a brutal game, then you bump into the mystery of the tree-shaped scar. There seems to be such a thing as grace, such a thing as beauty, such a thing as harmony. All of which are wholly free and available to us.” Your life was our gift, #ToniMorrison pic.twitter.com/wcD7w9zKYp

"If you are free, you need to free somebody else. If you have some power, then your job is to empower somebody else." -Toni Morrison

Today we lost an American legend. May she rest in peace. https://t.co/DInZvd8stY

Toni Morrison will be remembered as one of the greatest thinkers and storytellers in our history.

She gave us all so much, and her work continues to give throughout time. Thank you, Toni Morrison. https://t.co/XEDGNS7OXW

Toni Morrison. While you have left the physical realm, the many treasures you left us will bear fruit for generations and generations. Your work has cascaded through my life deeply and simply…rest in power to a beloved icon. pic.twitter.com/YQPS3gR5Ml

Toni Morrison was a towering intellect, a brilliant scribe of our nation’s complex stories, a heartbreaking journalist of our deepest desires, and a groundbreaking author who destroyed precepts, walls and those who dared underestimate her capacity. Rest well and in peace. pic.twitter.com/nMkxXRtEoz

Today, the world lost a storyteller of unmatched empathy, elegance and power. Toni Morrison’s belief that language is the “measure of our lives” leaves an extraordinary, inspiring inheritance, and her beautiful writing will continue to be a blessing for generations to come. pic.twitter.com/cc3st7x2lM

“If you can only be tall because somebody is on their knees, then you have a serious problem.” Rest in eternal peace Toni Morrison. pic.twitter.com/fxftzyqjNy

Thank you for everything that taught me so much: The Bluest Eye, Sula, Song of Solomon, Beloved and so much more.

Thank you for saying it like it is. pic.twitter.com/yw6vPJ8DAn

"If you can only be tall because somebody is on their knees, then you have a serious problem. And my feeling is white people have a very, very serious problem, and they should start thinking about what they can do about it.”

Toni Morrison talking about writing was almost as much of a gift as Toni Morrison writing. May she rest in peace and may we be lucky enough to keep learning from her. pic.twitter.com/jHlcnwLSWX

It’s impossible to convey what Toni Morrison meant to me as a Black woman writer. She told her stories in a way that was unashamedly Black. She raised us. Schooled us. Showed us how to Be. With her passing I lost a part of my heart today. #mourningToni

Toni Morrison. The first of her name. The giver of gifts. The laureate of Nobel. The sage of synonyms. The griot of generations. Queen among queens. Rest in eternal peace knowing you left us with eternal treasure. We thank you. pic.twitter.com/FbVHaxWlKr

Sad to learn that Nobel laureate Toni Morrison has passed away. The world has lost a voice in literature who was credited for speaking of the nature of black life in America. Please take a moment today & read her words, which are so much better than mine https://t.co/WI8IrkB5SB

Here's the small but important shimmer in this: Toni Morrison got her flowers while she was still living, and thank God for that.

“You wanna fly, you got to give up the shit that weighs you down.”
― Toni Morrison, Song of Solomon pic.twitter.com/stmJOfg0YD

“If there's a book that you want to read, but it hasn't been written yet, then you must write it.” ― Toni Morrison

Toni Morrison was a national treasure who used her powerful pen to confront our country’s deepest, most difficult truths in writing brimming with wisdom, empathy, and moral clarity. https://t.co/9s1vH8h89j