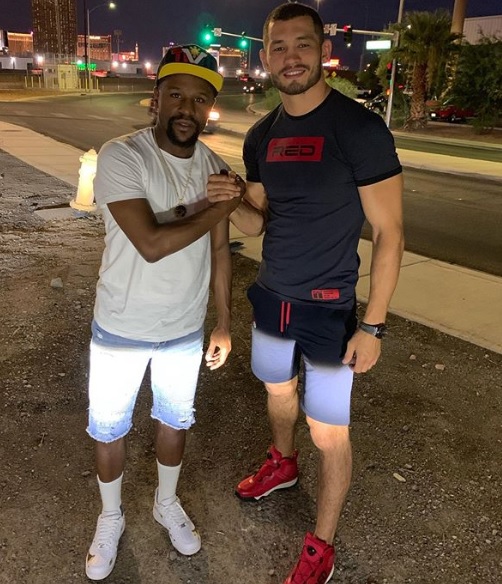 For Floyd “Pretty Boy” Mayweather Jr., 42, of the United States, the best mixed martial artist in the world is Makhmud “Mach” Muradov, 29, who is fighting out of Czech Republic and Uzbekistan. In 2018, the Uzbek-Czech athlete became the first MMA fighter signed to be part of the undefeated boxer’s The Money Team company.

On August 12, 2019, Mayweather took to Twitter to declare Muradov as the best MMA fighter in the world. The boxer shared a clip of the previous fights of the latter.

Born in Uzbekistan on February 8, 1980, Muravod has been competing professionally since 2012. He currently lives in Prague, Czech Republic.

Coming from humble beginnings in Uzbekistan, Muradov has been working since he was 15 years old to help his family, particularly his ill father. When he was 18 years old, he moved to Russia where he worked as a security guard in a casino.

When Muradov went back to Uzbekistan, he accepted an offer from a friend to go to Prague where he started his professional MMA career. He told MMA Shorties that he met Mayweather in an event Czech bobsledder Miloš Veselý, 47, invited him to.

Impressed by Muradov, Mayweather invited the Uzbekistani-Czech MMA fighter to Russia then to the U.S. The undefeated boxer even sponsored the latter and invited him to live in the U.S.

But Muradov considers Prague his home that he could not leave behind. Apparently, the Ultimate Fighting Championship had offered him a contract but he was only given 27 days to prepare for his promotional debut.

While Muradov turned down the UFC deal, he is doing his best to prepare himself. He wanted to be the best version of himself when he represents Czech Republic and Uzbekistan on the global stage.

Currently, Muradov is riding an 11-bout winning streak. He previously competed in Caveam, Night of Warriors and X Fight Nights.

Muradov’s two most recent fights were in Oktagon MMA. He knocked out Brazilian fighters Alberto Uda, 35, and Wendell “The Machine” Oliveira, 36, in the Slovakia-based promotion.