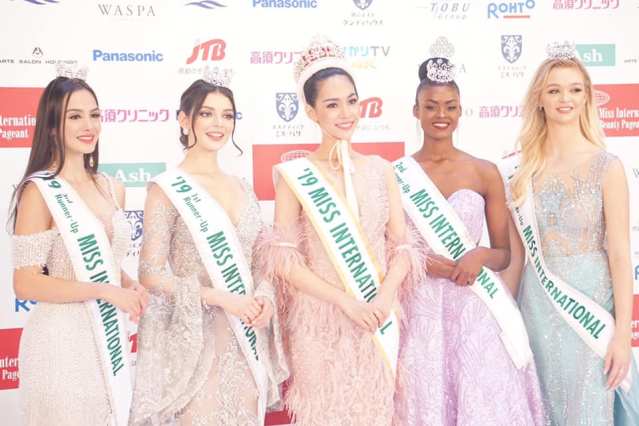 Evelyn Namatovu Karonde, 23, of Kampala, Uganda almost won Miss International 2019. She was named the second runner-up of the 59th edition of the international beauty pageant based in Japan.

This is the second time Uganda was represented in Miss International. Pierra Akwero, 32, the country’s first representative, was unplaced in the 49th edition in 2009.

Karonde will graduate from Makerere University Business School in Kampala in 2020, according to New Vision. She will receive her bachelor’s degree in Entrepreneurship and Business Management.

Crowned as Velasco’s successor was Sireethorn Leearamwat, 25, of Bangkok, Thailand while Andrea Toscano, 20, of Manzanillo, Mexico was the runner-up. Alejandra Vengoechea, 21, of Barranquilla, Colombia and Harriotte Lane, 18, of Newcastle upon Tyne, Tyne and Wear, North East England, United Kingdom were the respective third and fourth runners-up.

A post shared by MISS INTERNATIONAL (@missinternationalofficial) on Nov 12, 2019 at 1:41am PST

Watch the coronation night of the 59th edition of Miss International here: