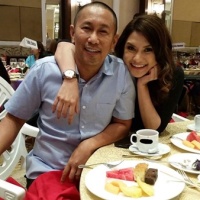 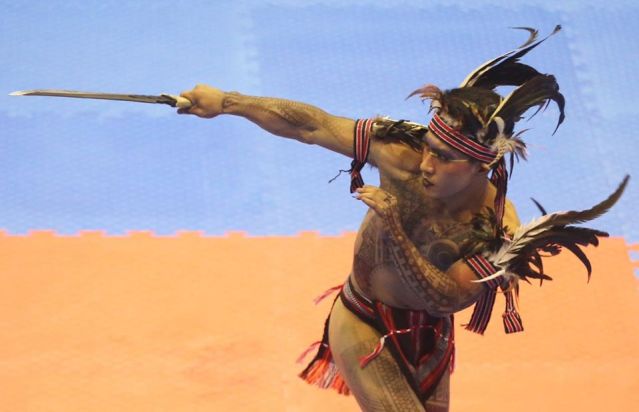 A proud Igorot, Crisamuel Delfin, 25, represented the Philippines in the Southeast Asian Games 2019 in arnis. He won the gold medal in the men’s anyo (form) non-traditional open-weapon exhibition at the Angeles University Foundation gym in Angeles, Pampanga, Philippines on December 3, 2019.

Born on September 10, 1994, Delfin weighs 49kg and stands 152cm. The Igorot arnisador hails from La Trinidad, Benguet, Philippines and went to the University of Rizal System in Tanay, Rizal, Philippines.

Delfin wore wanes, the Igorot G-string, when he played to an ethnic tune during his SEA Games 2019 competition. He scored 9.83 to win the gold medal.

Arnis is the national sport of the Philippines. The sport made its comeback in the SEA Games after a 14-year absence.

Despite the typhoon, senator and Philippine Eskrima Kali Arnis Federation (PEKAF) president Juan Miguel Zubiri went to the Angeles University Foundation gym to support the national arnis team of the Philippines. Out of the 20 gold medals at stake in arnis, 14 went to the host country’s team while their counterpart from Vietnam won four and the teams from Cambodia and Vietnam won one each.

Philippines’ president Rodrigo Duterte, the Philippine Sports Commission and Philippine Olympic Committee will give rewards to the Filipino athletes who earned medals. On top of these, Zubiri said that he will give an additional incentive to them.

“I have a cash gift for them and I am taking everyone including the coaches and staff to Hong Kong next month and will bring them to Disneyland,” Manila Times quoted the PEKAF president as saying. “I want them to be kids again including me. We will all have fun.”