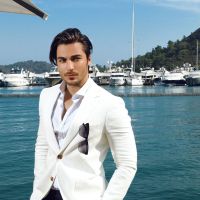 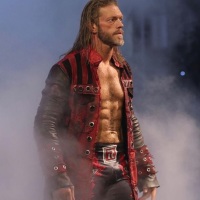 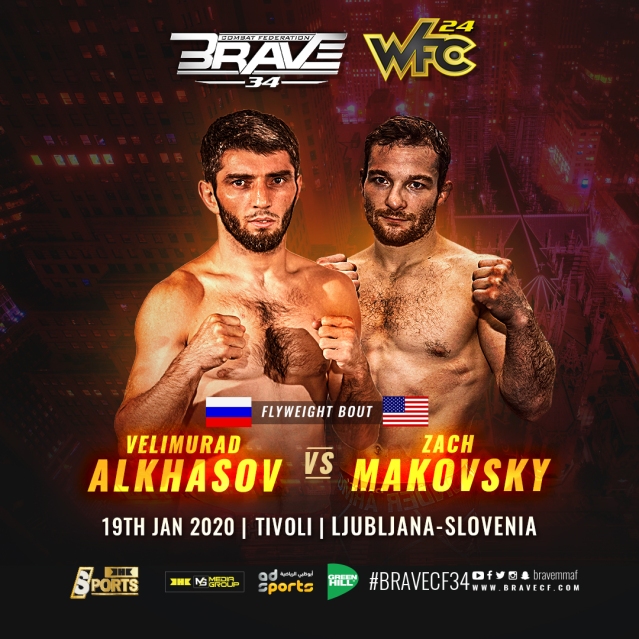 Velimurad Alkhasov, 28, of Grozny, Russia and Zach “Fun Size” Makovsky, 36, of Bethlehem, Pennsylvania, United States will battle it out at “BRAVE CF 34.” The Russian contender is ready to ruin the BRAVE Combat Federation debut of his American opponent.

A Sambo world champion and an undefeated mixed martial artist, Alkhasov has not competed since November 16, 2018. He hopes to add his first stoppage in BRAVE CF against Makovsky.

Currently, Alkhasov holds a professional MMA record of 6 wins, 0 loss, 0 draw and 1 No Contest while Makovsky has 20 wins and 9 losses. The Russian contender said, “Because of the time away I had since November of 2018, I can’t really say how the fight is going to go but I can say that I’m ready to finish him either by KO or submission.”

“BRAVE CF 34” will take place at the Hala Tivoli in Ljubljana, Slovenia on January 19, 2020. One of the matches on the main card is a flyweight bout between Alkhasov and Makovsky.

Alkhasov looks to begin another climb towards the top of BRAVE CF’S flyweight division. On November 16, 2018, the undefeated Russian MMA fighter was scheduled to fight for the division’s title against Marcel Adur, 27, of Balneario Camboriu, Santa Catarina, Brazil at “BRAVE CF 18” at the Khalifa Sports City Arena in Manama, Bahrain.

But Alkhasov failed to make weight so despite winning at “BRAVE CF 18,” he could not get the belt home to Russia. After a year-long layoff, he is ready to reclaim his spot as the top flyweight in the world and guarantees that weight would not be an issue.

“This time, weigh cut’s going well” Alkhasov shared. “I already cut some kilos and I feel good. Honestly, my friends in the gym always call me champ but I understand that without a belt, I can’t call myself a champ.”

“At the same time, I feel confident that I can get this belt,” the Russian fighter continued. “With God’s help I think I can get it soon.”

Velimurad Alkhasov will return to action after more than a year and feels ready to finally get his hands on the @bravemmaf Flyweight belt. Can the Sambo World Champion beat Zach Makovsky at #BRAVECF34 and get another shot at the title next? @wfc.si #mma #slovenia #bahrain #sambo #wrestling #europe #sports #entertainment #bjj #muaythai #boxing #martialarts #WFC #BRAVECF