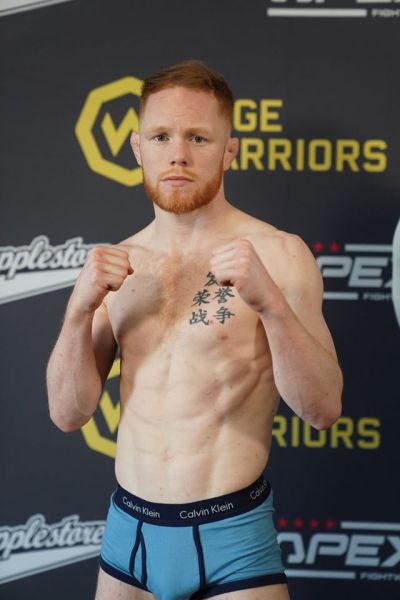 Coner “Hand Grenade” Hignett, 25, of Liverpool, Meyserside, England was one of the winners at “Cage Warriors 113,” also known as “CW 113.” It was the English mixed martial artist’s first victory in Cage Warriors Fighting Championship.

While many MMA promotions either cancelled or postponed events amid the coronavirus (COVID-19) pandemic, Cage Warriors went ahead and held “CW 113” at the Manchester BEC Arena in Manchester, England on March 20, 2020 featuring 11 MMA fights. In the sixth bout of the evening, Hignett competed in the flyweight division against Darren O’Gorman, 27, of Cork, Ireland.

Marc Goddard served as the referee. He put a stop to the flyweight contest after 2 minutes and 12 seconds in the third round.

Losing to Hignett downgraded the professional MMA record of O’Gorman to 6 wins and 5 losses. The Irish MMA fighter is now riding a two-bout losing streak.

On the other hand, Hignett now has 8 wins and 5 losses. The Liverpool native is now riding a two-bout winning streak.

“CW 113” marked the third Cage Warriors bout of Hignett, who has been competing professionally since 2014. It was in the London-based MMA promotion where he made his professional MMA debut.

Including England and Ireland, seven countries were represented at “CW 113.” The others were France, Northern Ireland, Poland, Scotland and Wales.

O’Gorman solely represented Ireland. Hignett was one of the 14 hometown fighters.

In the main event of the evening, Bartosz “The Butcher” Fabinski, 33, of Warsaw, Poland made his successful Cage Warriors debut. He defeated his fellow former UFC fighter Darren “The Dentist” Stewart, 29, of London, England, United Kingdom in the middleweight division.

From the brink of defeat! 🤯
Coner Hignett with a huge KO comeback at #CW113 pic.twitter.com/4FI4nMJf3M