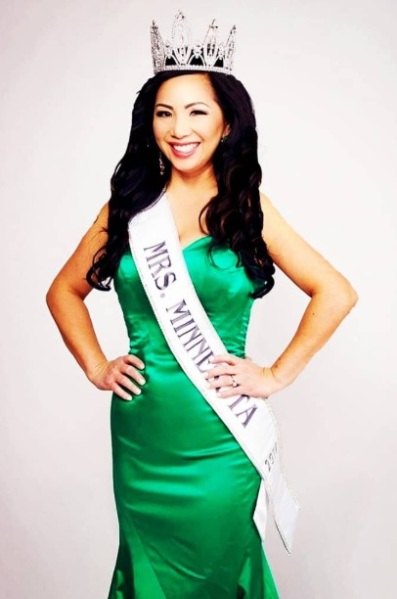 In 2018, Kellie May Xiong Chauvin of Oakdale, Minnesota, United States became the first ever United States of America’s Mrs. Minnesota of Hmong descent. She recently made headlines for something that has nothing to do with beauty pageants.

Born in Laos in 1974, Chauvin was only 3 years old when she and her family fled to safety in Thailand. In October 1980, they moved to Eau Claire, Wisconsin, USA.

In 1991, Chauvin was married off by her parents to Kujay Xiong, a man she barely knew. In 2001, she filed for divorce after enduring years of an abusive relationship and he died shortly after.

With an associate’s degree in radiology, Chauvin took an internship in the emergency room of the Hennepin County Medical Center in Minneapolis, Minnesota. It turned into a full-time position that she held for 13 years.

In the same hospital, Chauvin met Derek Michael Chauvin, who was then working for the Minneapolis Police Department. They got married in 2010 and had no children.

On May 25, 2020, Derek was caught on tape kneeling on the neck of African-American security guard George Floyd for a total of 8 minutes and 46 seconds. More than an hour later, the latter, who was arrested for passing counterfeit currency, was pronounced dead at the Hennepin County Medical Center.

On May 26, 2020, the Minneapolis Police Department fired Derek, who is now facing third-degree murder and manslaughter. His wife has announced that she is filing for divorce as a result of the incident through a statement released by her lawyer from Sekula Family Law Offices of Minneapolis, which was obtained by the Minnesota Star Tribune.

“She is devastated by Mr. Floyd’s death and her utmost sympathy lies with his family, with his loved ones and with everyone who is grieving this tragedy,” the lawyer said of Kellie. “While Ms. Chauvin has no children from her current marriage, she respectfully requests that her children, her elder parents and her extended family be given safety and privacy during this difficult time.”

At 11:44 a.m. on May 29, 2020, Derek was taken into custody by the Minnesota Bureau of Criminal Apprehension. The way he arrested Floyd was condemned by Minneapolis mayor Jacob Frey.

“What’s happened in Minneapolis is bigger than any one city and any single event,” Frey said in a statement obtained by KSTP. “For our Black community who have, for centuries, been forced to endure injustice in a world simply unwilling to correct or acknowledge it, I know that whatever hope you feel today is tempered with skepticism and a righteous outrage.”