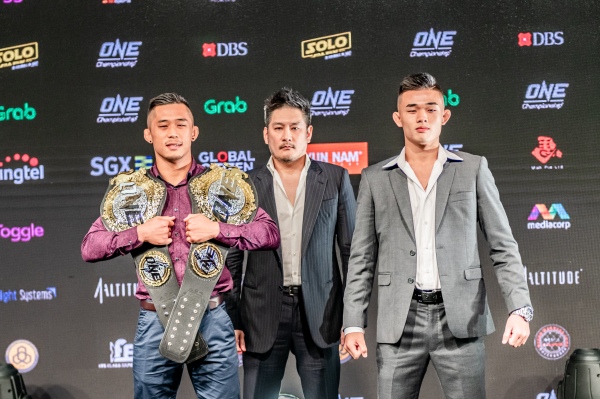 Christian “The Warrior” Lee, 22, of Singapore has been reigning as the ONE Lightweight World Champion since May 17, 2019. He also previously competed in the featherweight division of ONE Championship.

Training out of Evolve MMA in Singapore and United MMA in Hawaii, United States, Lee cannot wait to fight again after the new coronavirus (COVID-19) pandemic. Here are the three opponents he wants to face next:

Alvarez is a product of Ricardo Almeida Brazillian Jiu Jitsu Academy in Robbinsville Township in New Jersey, United States. He joined ONE Championship in 2019 and had one win and one loss in the promotion in the same year.

“Eddie has done enough in his career to make him a legend of this sport so I would love to share the ONE Circle with him when the time comes,” Lee said. “I think that our styles would make for an exciting fight for the fans. I think that Eddie is a very well-rounded mixed martial artist.”

“He has great striking, wrestling and just recently displayed great Jiu-Jitsu in his last outing against Eduard Folayang,” Lee said of Alvarez. “He’s a very complete fighter who does not have too many weaknesses. It would be a big mistake to underestimate his skill set.”

Training out of Team Lakay in Baguio City, Philippines, Folayang has been competing in ONE Championship since 2011. For Lee, it would be an honor to share the stage with the Filipino mixed martial arts veteran.

“I would love to share the ONE Circle with Eduard Folayang,” Lee said. “I have a lot of respect for all that he’s accomplished in his career and I think that we could put on a great show for the fans. Eduard is a very good striker and is now rounding out his wrestling and jiu-jitsu.”

“However, I feel that his main strengths are his heart and his killer instinct,” Lee said of Folayang. “He’s the two-time former ONE Lightweight World Champion so he doesn’t have many weaknesses. I think he’s a great fighter.” 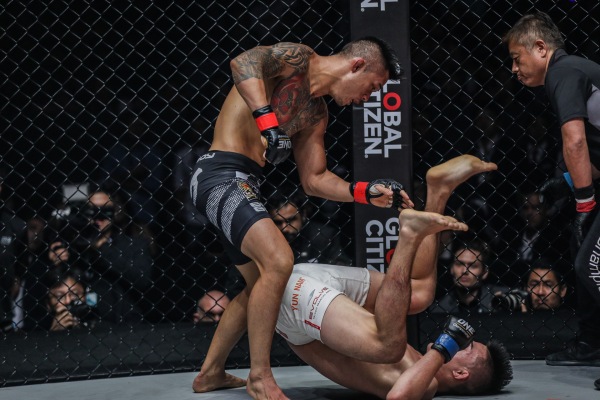 Fighting out of Vietnam by way of Australia, Nguyen has been reigning as the ONE Featherweight World Championship since August 18, 2017. He successfully defended the title from Lee in their rematch on May 18, 2018.

Nguyen and Lee’s encounter was on August 13, 2016. The Vietnamese-Australian fighter won via technical submission.

Lee aims to eventually become a two-division champion. As soon as his first title defense at lightweight is out of the way, he is gunning for a trilogy fight with Nguyen by challenging the reigning ONE Featherweight World Champion.