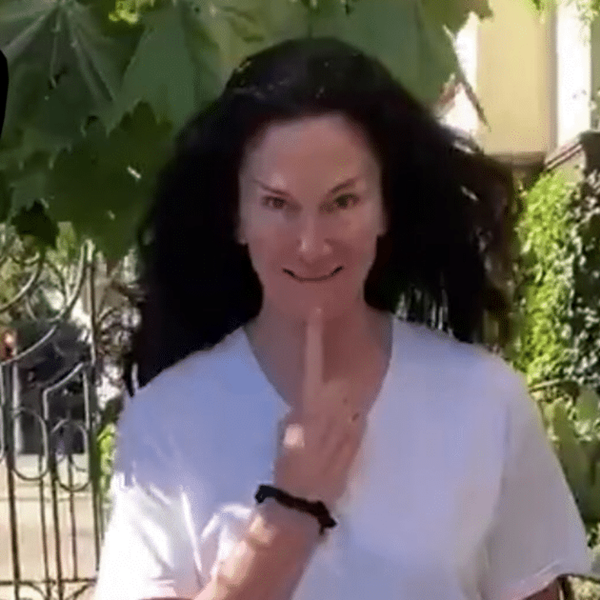 Lisa Catherine Alexander is a fashion designer and the founder and chief executive officer of LAFACE Skincare, a vegan skincare line based in San Francisco, California, United States. She is the wife of Robert Larkins, a former employee of Raymond James, a financial firm is based in San Francisco.

At around 4 p.m. on June 9, 2020, Alexander and Larkins confronted James “Jaime” Juanillo, a Filipino-American man writing the words “Black Lives Matter” on a retaining wall outside a house in Pacific Heights, San Francisco. The couple had no idea they were talking to one of the co-owners of the house who has been living there since 2002.

“Why are you asking?” Juanillo asked. Both Alexander and Larkins emphasized that it was a private property.

“Are you defacing private property or is this your building?” Larkins asked Juanillo. “You’re free to express your opinions but not on people’s property.”

“Absolutely, just respectfully, so we’re just saying, absolutely, your signs and everything and that’s good,” Alexander added. “This? This is not the way to do it. It’s private property.”

“But if I did live here and this was my property, this would be absolutely fine?” Juanillo asked. “And you don’t know if I live here or if this is my property?”

“We actually do know,” Alexander lied. “That’s why we’re asking.”

“O really?” Juanillo was surprised. Alexander told him they had the reason to believe that he did not live there because they knew “the person who does live here.”

“I suggest you call them or call the police because you’re accusing me of a crime,” Juanillo told Alexander. The couple did call the cops and when they arrived, they recognized the owner of the house, did not even step out of their patrol car and left.

It was Larkins who talked to the operator. Through a public records request, the audio of the call was obtained by the San Francisco Examiner on July 9, 2020.

“I don’t appreciate him taking my picture,” Alexander can be heard saying in the background of the call. She also mentioned about owning a business in San Francisco and she does not “really want to be on social media and he yelled at me calling me a Karen.”

The Filipino-American homeowner took a video of the encounter, uploaded it on social media and it quickly went viral. On June 14, 2020, Alexander issued an apology.

Because of the viral video, LAFACE Skincare had to shut down its website and social media pages. Alexander also deleted her Twitter account but before that, she tweeted an explanation.

“I asked if he lived there because if he had said yes then everything would have been fine as it was his property,” Alexander said of Juanillo. “Being a good neighbor is important where everyone takes care of each other. It is too bad he took it in a different direction.”

On June 13, 2020, Birchbox announced it would no longer serve as the distributor of LAFACE Skincare in the future. The beauty subscription service condemned Alexander’s actions shown in the viral video.

Because of the incident, Alexander was included in America’s list of Karens, or white women who tend to complain a lot and display entitled behavior because of their privilege. Here are 13 more facts about her:

A white couple call the police on me, a person of color, for stencilling a #BLM chalk message on my own front retaining wall. “Karen” lies and says she knows that I don’t live in my own house, because she knows the person who lives here. #blacklivesmatter pic.twitter.com/rOpHvKVwgP