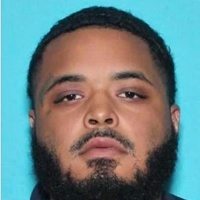 Joseph Donald “Jojo” Rosenbaum of Waco, Texas, United States was one of the victims of Kyle H. Rittenhouse. They were in the same Black Lives Matter demonstration in Kenosha, Wisconsin, USA in the evening of August 25, 2020.

That night, Rittenhouse was one of the armed civilians who wanted to protect businesses from vandalism. Wearing a red shirt, Rosenbaum was one of the protesters demanding justice for Jacob Blake, who was shot by Kenosha Police Department officer Rusten Sheskey in the back at least eight times on August 23, 2020.

During the demonstration, Rosenbaum threw a plastic bag at Rittenhouse, who was carrying a Smith & Wesson AR-15 style .223 rifle. When the former tried to grab the rifle, the latter opened fire.

Rosenbaum was shot in the back, groin and left hand. His pelvis was fractured and his right lung and liver were perforated.

In addition, Rosenbaum suffered a superficial wound to his left thigh and a graze wound to his forehead. Here are 13 more things about the late Waco native:

Turns out the man Kyle Rittenhouse shot and killed last night in #Kenosha was Joseph D Rosenbaum, a convicted sex offender of sexual conduct with a minor

Here is video I shot of him begging to be “shot” in front of a gas station minutes before his death pic.twitter.com/tUfUGWX3io

The man in the red shirt is Joseph Rosenbaum, convicted pedophile who was shot and killed by Kyle Rittenhouse in self defense.

He can be seen aggressively trying to start a confrontation with armed men.