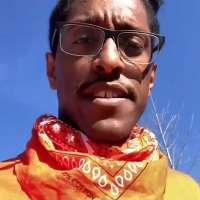 Randy “The Zohan” Costa, 26, of Tauton, Massachusetts, United States was one of the winners at “UFC Fight Night 178,” also known as “UFC on ESPN+ 36″ or “UFC Vegas 11.” He earned his first victory in the Ultimate Fighting Championship.

Mark Smith served as the referee. He put a stop to the bantamweight contest after just 41 seconds in the first round when Costa knocked out Newson via head kick.

Seven countries were represented at “UFC Vegas 11” namely Australia, Brazil, Canada, Czech Republic, Italy, Sweden and the U.S. Costa and Newson were two of the fighters who represented the host country.

Costa was one of the four recipients of the Performance of the Night bonuses. The other three were Khamzat “Borz” Chimaev (Хамзат Чимаев), 26, of Stockholm, Sweden, Damon “The Leech” Jackson, 32, of Dallas, Texas, USA and Mackenzie Dern, 27, of Phoenix, Arizona, USA.

Winning at “UFC Vegas 11” improved the professional MMA record of Costa to 6 wins and 1 loss. On the other hand, Newson now has 9 wins, 3 losses, 0 draw and 1 No Contest.

Now onto the important stuff: @reeses power rankings. If you know me, you know how important of a subject this is to me. The shapes are # 1 because the peanut butter to chocolate ration is damn near perfect. Agree or disagree??? 🍫 #UFCvegas11

Born in Stoughton, Wisconsin, USA on July 6, 1994, Costa attended Taunton High School where he competed as a wrestler and a football player. He already started his MMA training when he was in high school.

As an MMA fighter, Costa has been competing professionally since 2018. Before joining the UFC, he competed in Cage Titans Fighting Championship.

As an undefeated MMA fighter, Costa made his UFC debut in 2019 and lost to Brandon Davis at “UFC 236.” In the same year, Costa earned his first win the promotion by knocking out Boston Salmon at “UFC on ESPN 6.”

"It was cool to throw and win by a foot-uppercut."@RandyCosta135 lived up to his nickname "The Zohan" with his first-round, head kick knockout and already has his eyes set on how he's going to celebrate. #UFCVegas11 🔊⬆️ pic.twitter.com/pCMG8uJNKA