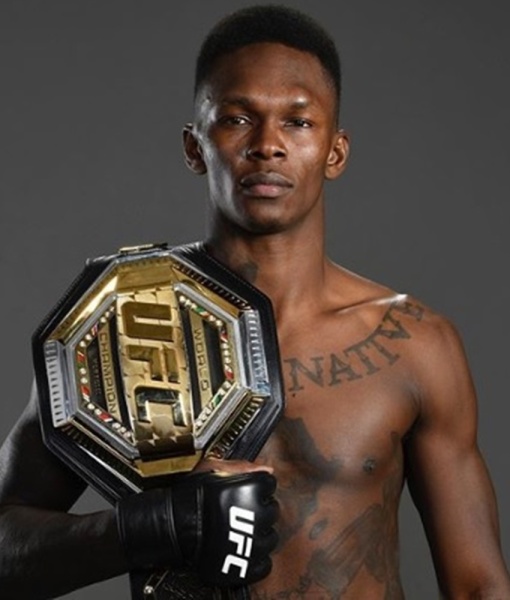 Israel “The Last Stylebender” Adesanya, 31, of New Zealand and Nigeria is still the champion of the Ultimate Fighting Championship in the middleweight division. The undefeated Nigerian-Kiwi mixed martial artist successfully defended his title at “UFC 253.”

Featuring 11 MMA matches, including two title bouts, “UFC 253” took place at the Flash Forum on Yas Island in Abu Dhabi, United Arab Emirates on September 26, 2020 in the United States or September 27, 2020 in the UAE. In the main event of the evening, Paulo “Borrachinha” Costa, 29, of Belo Horizonte, Minas Gerais, Brazil challenged then reigning UFC Middleweight Champion.

It was the first ever UFC title bout between two undefeated MMA fighters. Referee Jason Herzog put a stop to the title bout after 3 minutes and 59 seconds in the second round.

Adesanya knocked out Costa via punches and elbows. This made the Nigerian-Kiwi champion the first ever MMA fighter to defeat the Brazilian challenger in a professional MMA bout.

Winning at “UFC 253” improved the professional MMA record of Adesanya to 20 wins and 0 loss. It was his ninth win in the UFC.

On the other hand, Costa now has 13 wins and 1 loss. Competing in the UFC since 2017, the first five opponents he defeated in the promotion were Garreth “Soldier Boy” McLellan, 38, of Johannesburg, Gauteng, South Africa, Oluwale “The Holy War Angel” Bamgbose, 33, of New York, USA, Johnny “Bigg Rigg” Hendricks, 37, of Ada, Oklahoma, USA, Uriah “Primetime” Hall, 36, of New York and Yoel “Soldier of God” Romero, 43, of Cuba and Miami, Florida, USA.

Adesanya was born in Lagos, Nigeria on July 22, 1989 to businessman and accountant Femi Adesanya and nurse Taiwo Adesanya. They moved to Ghana and stayed there for 10 months before relocating to Rotorua, New Zealand in October 2001.

As a professional MMA fighter, Israel won his first five bouts in Auckland, New Zealand from 2012 to 2015 and his sixth to ninth bouts in Henan, China in 2016. On February 11, 2018, he made his successful UFC debut by knocking out Wilkinson at “UFC 221” in Perth, Australia.

In the co-main event of “UFC 253,” Jan Blachowicz, 37, of Cieszyn, Poland became the new UFC Light Heavyweight Champion by knocking out Dominick “The Devastator” Reyes, 30, of Victorville, California, USA. The Polish champion and Adesanya won the Performance of the Night bonuses, which were presented by P3 portable protein pack, the official protein snack of the UFC.

👑 @Stylebender is the undefeated king of the middleweights.