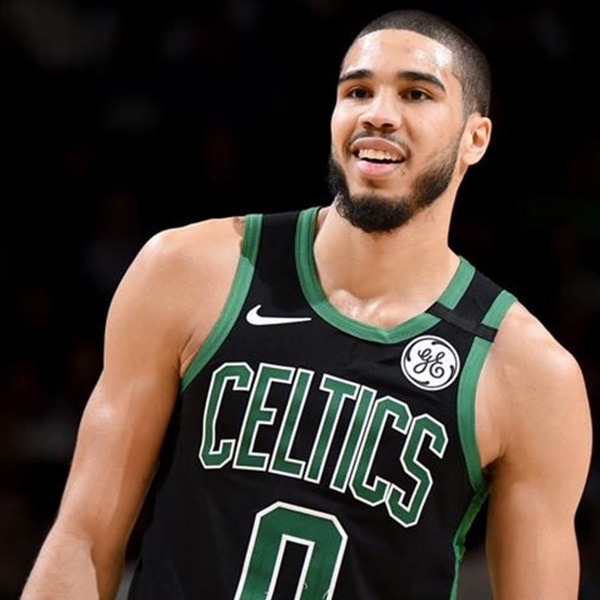 Jayson Tatum, 22, certifies that the Air Jordan XXXV is highly recommended for athletes like him. The professional basketball player explained why he loves the shoe whose visual identity is fixed on the Eclipse Plate 2.0.

“The XXXV is comfortable, supportive and lightweight to the point that I don’t even feel like I’m wearing it,” Tatum said. “I can play my style without even thinking about it. I was shocked that Jordan could take the Eclipse Plate in the XXXIV and upgrade it in the XXXV.”

Born in St. Louis, Missouri, United States on March 3, 1998, Tatum played college basketball when he attended Duke University in Durham, North Carolina, USA from 2016 to 2017. He has been playing for the National Basketball Association team Boston Celtics as a small forward and power forward since 2017.

Tatum recorded a double-double with 14 points and 10 rebounds in his NBA debut. In December 2017, the Boston Celtics forward  was named the Eastern Conference’s Rookie of the Month.

In the Air Jordan XXXV, the Eclipse Plate 2.0 builds off its original form in the XXXIV to get the most efficient energy return out of those Zoom Air units. With reduction once again as the shoe’s guiding philosophy, the design is an example of performance and aesthetic innovation that remains at the core of Jordan Brand’s on-court presence.

Refining the most responsive cushioning platform in basketball, the Air Jordan XXXV taps the technology behind the Eclipse Plate and evolves it to help unlock Zoom Air for a more responsive feeling in the heel and forefoot. Interpretations of leather and suedes and other handmade touches point back to the Jordan Brand language of luxury but done with functional purpose for the final product.

Other visual details of the Air Jordan XXXV link the silhouette back to Jordan Brand tradition, specifically the Air Jordan V, with its tongue top design and its Kurim detailing and molded foam pods around the collar of the shoe. Jordan Brand athletes and consumers asked to bring back suedes and other premium materials that the brand historically established on the court.