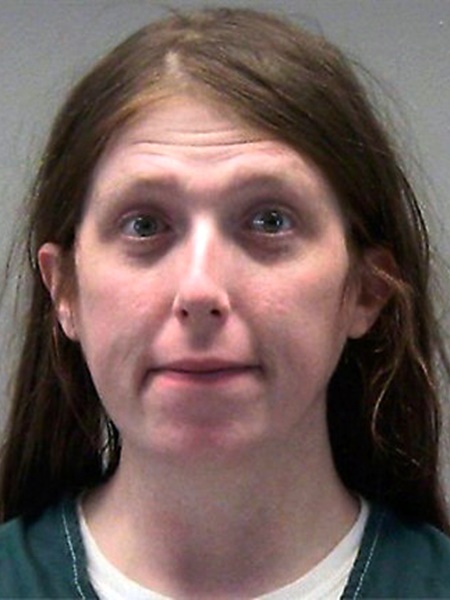 Jessica Watkins, 38, of Woodstock, Champaign County, Ohio, United States did not meet with the U.S. Secret Service prior to the insurrection that took place in the U.S. Capitol riot in Washington, D.C., USA on January 6, 2021. This was recently clarified by the transgender woman’s lawyer.

After attending the Stop the Steal rally on the Ellipse featuring Donald Trump, 74, that day, Watkins breached the U.S. Capitol building with her fellow members of the Oath Keepers. In a court filing on February 20, 2021, her lawyer claimed that she was “given a VIP pass to the rally” and she “met with Secret Service agents.”

The Secret Service immediately denied this. Apparently, there was no coordination between the agency and Watkins, who is a private citizen, a U.S. Army veteran and a former emergency medical technician.

“To carry out its protective functions on January 6, the U.S. Secret Service relied on the assistance of various government partners,” a Secret Service spokesperson told Bloomberg. “Any assertion that the Secret Service employed private citizens to perform those functions is false.”

On February 22, 2021, the lawyer filed another motion to clarify the claim. The lawyer said, “A better verb would have been ‘encountered.’”

While making a clarification, the new motion added another claim. Her lawyer stated that she “does not suggest that she has any direct knowledge that her role as security was sanctioned by anyone other than people involved in organizing the rally.”

However, this claim was denied by Dustin Stockton, who was part of the team that helped organize the rally on the Ellipse. In a statement obtained by USA Today, he said, “There was no coordination with the Oath Keepers or Proud Boys as to them handling any kind of services.”

Stockton helped organize marches for Trump in November 2020 and in December 2020. According to him, neither the Oath Keepers nor the Proud Boys were used for those events.

Watkins is jailed in Washington D.C. She was previously booked into the Montgomery County Jail in Dayton, Montgomery County, Ohio where she was stripped naked when she was put on an allegedly punitive suicide watch for several days, her lawyer claimed.

As a transgender female, Watkins is at risk of harsh treatment in custody, her lawyer asserted. For her participation in the U.S. Capitol insurrection, she is charged with conspiracy, conspiracy to impede or injure officer, destruction of government property, obstruction of an official proceeding, restricted building or grounds and violent entry or disorderly conduct.