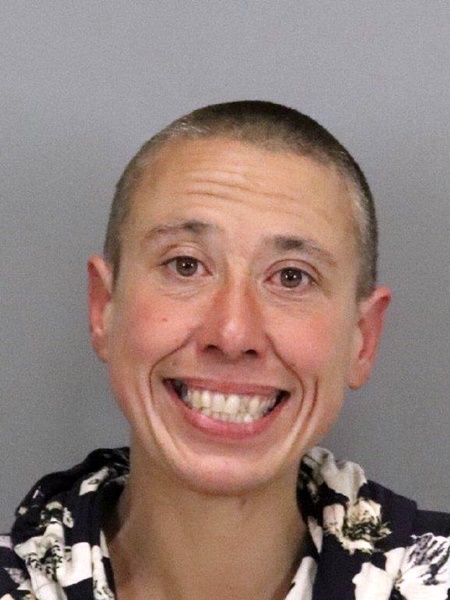 Karen Inman, 39, has been arrested by officers from the Mountain View Police Department in Mountain View, Santa Clara County, California, United States. The woman was charged with petty theft, robbery and two counts of violation of civil rights by force or threat.

Inman allegedly took food and clothing items from a store in Mountain View on February 13, 2021 and refused to pay. She allegedly told the owners of the store that she did not have to pay because of they are Asian.

After a few minutes, Mountain View police officers found Inman. While they were interviewing her, they were informed about another report about a woman matching her description who had yelled at two patrons at a diner near the store where she tried to shoplift.

One of the patrons is an Asian man. Inman allegedly yelled racial epithets at the diner and spat in his direction.

The victims of both the theft and of the battery did not press charges. Inman was released because the officers did not witness the crimes.

Still, the Mountain View Police Department went on with the investigation and brought the case to the District Attorney’s Office. After reviewing the case, the office established that hate crime charges could be brought against Inman.

“This case is both disheartening and disturbing,” Mountain View Police Department chief Chris Hsiung stated. “Mountain View is a vibrant community in many ways thanks to the diversity that exists here. Hate crimes have not and will not be tolerated in Mountain View and as this case demonstrates, we take these crimes seriously and will investigate them to the fullest extent.”

At around 11:00 a.m. on March 5, 2021, Inman tried to steal candy and ice cream from a Smart and Final in Mountain View. That day, she was arrested and booked into the Santa Clara County Jail in San Jose, Santa Clara County, California.

“Hate has no place in Mountain View,” Nelson continued. “Our chief’s ethnicity has no bearing on our department’s decision to further investigate this case.”