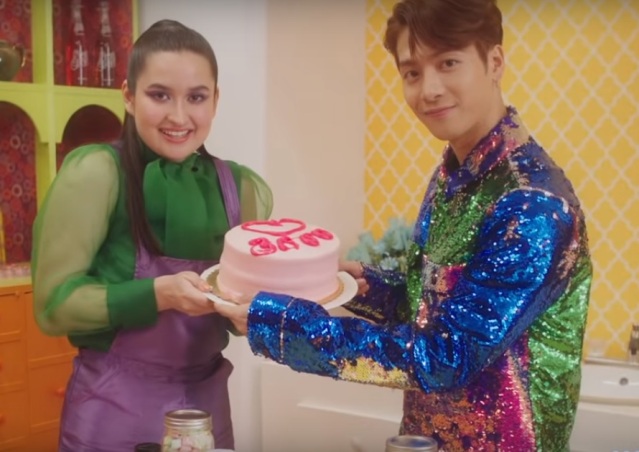 Indonesian singer Stephanie Poetri has released a music video for the remix of her viral hit “I Love You 3000 II” featuring K-Pop superstar Jackson Wang. A campy take on public access talk shows, late night infomercials, cooking programs and karaoke, the features the two musicians engaged in all sorts of wholesome entertainment.

All of the internet’s favorite things such as popstars, pastels and dogs appear in the new video, which still retains the easygoing, modest qualities of the visuals of the original “I Love You 3000″ music video. Poetri’s light and unaffected vocals find a worthy partner in Wang, whose warm, assured voice perfectly captures the “Iron Man” she has been searching for.

The duet is a remix of Poetri’s original “I Love You 3000” and references Tony Stark’s indelible line in the blockbuster movie “Avengers: Endgame.” The original “I Love You 3000” was a viral phenomenon, amassing more than 150 streams since its release on June 3, 2019, topping Spotify’s Global Viral 50 for four weeks and inspiring countless covers and fan videos across the internet.

The “I Love You 3000 II” video comes just after the release of “Head in the Clouds II,” which was released on October 11, 2019 via the American mass media company 88rising and exclusively distributed by 12Tone Music. Since its release, the album has already accumulated over 50 million streams.