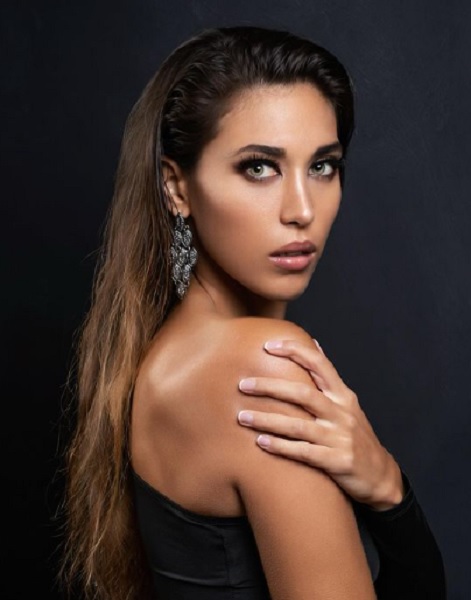 The Miss Universe Spain 2020 coronation night took place at the Los Olivos Beach Resort in Costa Adeje, Tenerife, Canary Islands, Spain. It was the eighth edition of the contest that selects Spain’s representative to Miss Universe and its first edition under the Nuestra Belleza España Organization.

Including Martínez, 17 candidates competed for the title. Andrea de las Heras, 25, of Madrid was first runner-up while Ainhoa Portillo, 19, of Málaga was second runner-up.

Miss Universe Spain 2020 was not Martinez’s first national pageant. Representing Castile and León, she competed in Miss Mundo España 2015 and finished in the Top 10.

Martinez is a model who stands 5’11” and has green eyes. She loves sports, music, fashion and anything related to the coast and the sea.

Aside from Spanish, Martinez is also fluent in English, Italian and French. She played for the women’s basketball team of Castile and León in the Spanish junior and cadet championships preselected for the U15 European championships with the national team.

With a bachelor’s degree in business administration and management and a master’s degree in project management, Martinez looks up to Lebanese businesswoman Leila Hoteit. The newly crowned Miss Universe Spain 2020 is also a fan of Dayana Mendoza, Catriona Gray, Pia Wurtbach, Iris Mittenaere and Zozibini Tunzi.

Competing in Miss Universe Spain 2020 was not part of Martinez’s plans. Working in a fashion company in Milan, Italy, she had to return to León due to the new coronavirus (COVID-19) pandemic.

In León, Martinez received a message, encouraging her to participate in the beauty pageant, she told La Nueva Cronica. She was not interested at first but she changed her mind after doing some research, discovering the advocacies and empowerment enabled by the competition.

If Martinez wins Miss Universe 2020, she will be the beauty pageant’s second titleholder from Spain. The first one was Miss Universe 1974 Amparo Muñoz.

Crowned in Manila, Philippines on July 21, 1974, Muñoz surrendered the Miss Universe 1974 title and crown in January 1975 because she was homesick and she refused to follow organizational regulations. She went on to become a popular actress in Spain and died of cerebral aneurysm on February 27, 2011 in Málaga.

The last time Spain placed in Miss Universe was in 2017 when Sofia del Prado, 27, of Castilla-La Mancha finished in the Top 10. Meanwhile, here is the crowning moment of Miss Universe Spain 2020: