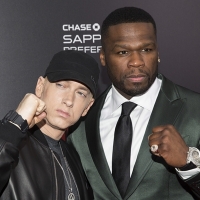 Undefeated mixed martial artist Hashem “Cavaca” Arkhagha, 30, of Jordan is set to compete in BRAVE Combat Federation for the second time. He will face Dan Vinni, 32, of England at “BRAVE CF 33” in Jeddah, Saudi Arabia.

“BRAVE CF 33” will take place at the Prince Abdullah Al Faisal Stadium in Jeddah on December 27, 2019. This will be the second event of BRAVE CF in Saudi Arabia.

On April 19, 2019, Arkhagha returned from a four-year layoff at “Brave 23: Pride and Honor,” which took place at the Martyr Rashid Al-Ziyoud Hall Boxing Arena in Amman, Jordan. He knocked out Jeremy “Pitbull” Smith, 34, of South Africa at a catch weight of 86kg.

Now, Arkhagha is looking to position himself as a top contender in the middleweight division of BRAVE CF as he takes on Vinni at “BRAVE CF 33.” This will be the promotional debut of the English contender, who previously competed in Cage Warriors, Bellator MMA, UAE Warriors and Rebel Fighting Championship, among others.

When you get a last minute call up to save the show…. #abudhabidan #abudhabi #mma #uae #fight #lastminute #whyamisofat #fitness #rocky #funny #donuts

Deemed a legend and pioneer of the Arab MMA scene, Arkhagha is a middleweight contender who has been fighting since the early days of MMA in the region. He has increased his legendary status with a near-perfect performance in his international debut for BRAVE CF.

A victory over Vinni at “BRAVE CF 33” can catapult Arkhagha to near the top of the middleweight division headed by newly crowned BRAVE CF Middleweight World Champion Daniel “Gaúcho” Souza Pereira, 28, of Curitiba, Parana, Brazil. The Brazilian champ is fresh off a second-round technical knockout of Chad “Superman” Hanekom, 27, of Sunninghill, South Africa to capture the inaugural title at “BRAVE CF 31” at the Sibaya Casino in Durban, South Africa on December 7, 2019.

Currently, Arkhagha holds a professional MMA record of 5 wins and 0 loss. On the other hand, Vinni has 16 wins and 17 losses.

Here is a clip featuring the undefeated Jordanian MMA fighter: